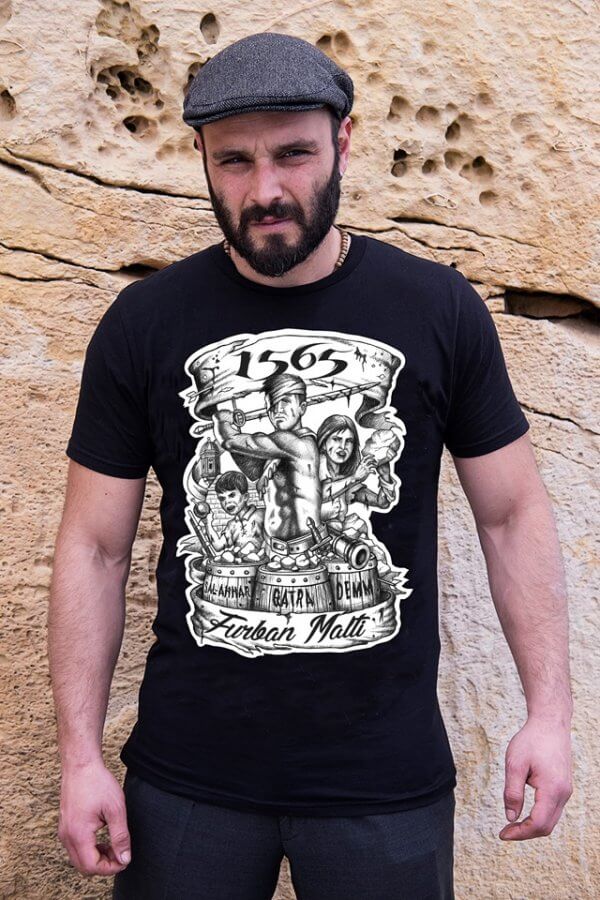 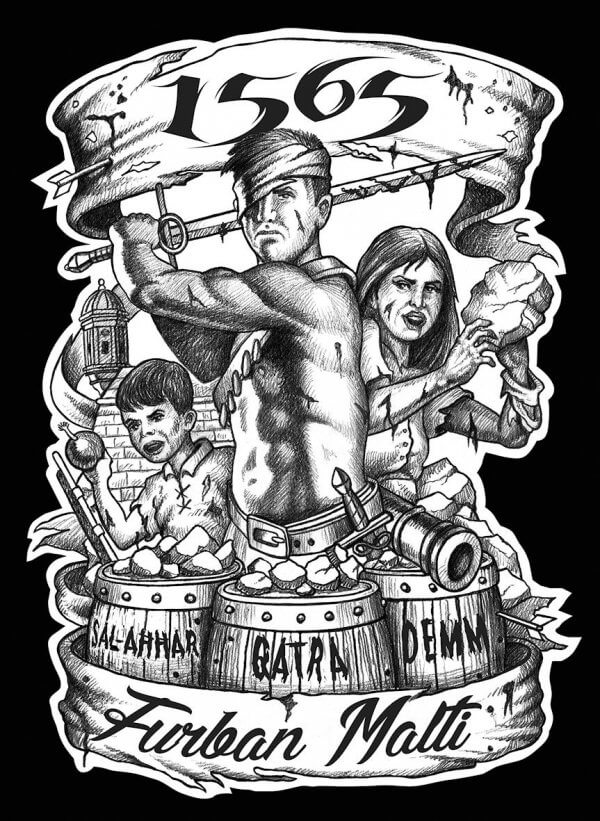 Outnumbered, outgunned, every Maltese man, woman,  child and others who settled here fought till the last drop of blood…..

So desperate was our ancestors’ situation that even those crippled and dying were brought out on chairs to fight so that they could perhaps just take out one Ottoman corsair or soldier before they died, one less enemy to help repel another attack!

They fought amongst the rubble and corpses that remained after countless bombardments, so intensive and noise so deafening, it was recorded to be heard from nearby Sicily, 120 miles away!!!.

We fought not from behind not the impressive walls we see today such as the famous Senglea “Gardjloja” or Spur we see behind in this shirt,  (which didn’t exist at the time), but from behind half-finished fortifications, barrels filled with rubble and stones, debris, earth, whatever could perhaps slightly protect them from the hundreds of arrows and harquebus balls received in every assault…  day and night, … everyone fought and died together…Sal–Aħħar Qatra Demm ( till the last drop of blood).

Here it is…This t-shirt is dedicated to all those Maltese, men, women, children and others who settled here, calling this place home, dying alongside each other against a common foe, for our very survival.

Dedicated to all those “unimportant” local and families who never made it to the History books during the 1565 siege and so their stories , brave acts during the siege are lost forever …..but their sacrifices and deeds never forgotten!

Shirt In Black only